“There is no such thing as writer’s block.”

Writers hear that a lot. We’re told that we’re not blocked, that if we really try, it’ll come to us. Perhaps not for the novel we’ve been trying to write, or the short story contests we’ve been hoping to enter and possibly win. But if we try, surely we’ll come up with something to write about.

Okay, so let’s assume there is no such thing. Since I haven’t been able to write about anything for months (this piece doesn’t count) then let’s find out why. Maybe there’s another name for this common phenomenon.

Let’s try “brain fart”. Google tells me a brain fart is a temporary mental lapse or failure to reason correctly. I get that a lot, but I don’t think it would affect my inspiration to write.

How about “senior moment” then? Google has a similar definition to “brain fart”, but refers to aging. I get a lot of that too.

Aha! There is a definition for it: the condition of being unable to think of what to write or how to proceed with writing.

It does exist! That being said, I feel a lot better about the fact that, except for a few short writing challenges, I haven’t been able to put pen to paper (or rather fingers to keyboard) in a long time. Now I can relax and let those brain farts, senior moments and writer’s blocks come and go. And then I can… ah… Oh great, I just got a brain fart. 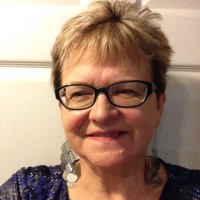